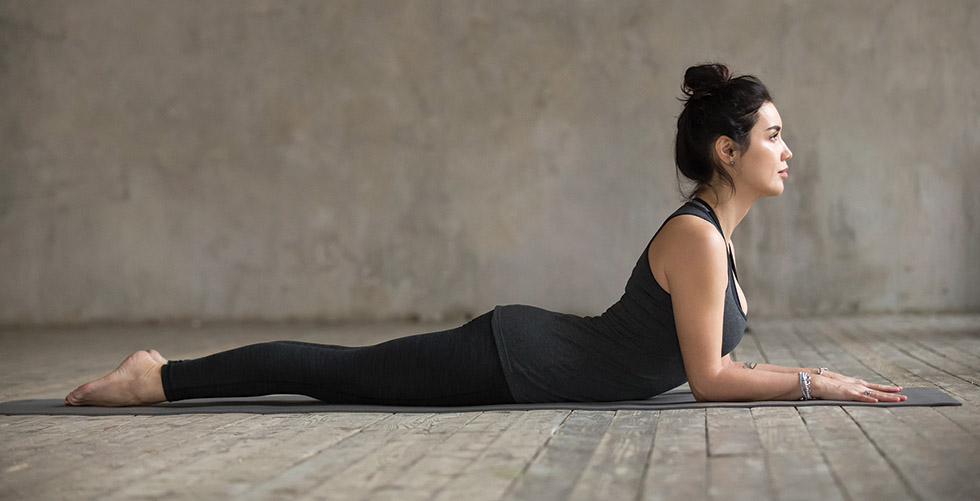 Self Care for the Season

As we transition into autumn we start to observe the lush greenery of summer transform into a fiery palette of oranges, reds, and browns. The crisp, cool air encourages the trees to shed their leaves so that they may grow new buds in spring. As the seasons come and go, we too go through changes every moment of every day. We are reminded that everything around us is in a perpetual state of flux. In life, change is the only constant. The ebb and flow of nature reminds us to be grateful for the present moment, however fleeting, and to be comfortable with letting go of the past in order to move into the next cycle of life. Nurturing yourself through the seasons can help you transition with nature in a comfortable and conscientious way. Here are some activities to help you move with ease through the coming months.

The autumn harvest is an opportunity to practice gratitude for the abundance in your life. Listing things for which you are grateful allows you to appreciate what you have in the present moment. Instead of stewing over things that you feel are lacking, try making a mental list of each and every thing that you cherish in life.

Removing objects in your life that no longer serve you by either donating them to charity or recycling them is an efficient way to remove clutter. Creating a healthy space that is free of physical chaos also encourages peace and clarity in the mind and allows you to make room for new possibilities and growth.

Take stock of your life through journaling

Make the most of the autumn harvest with nourishing food

This time of year has an abundance of wholesome fruits and vegetables. Try to incorporate seasonal foods into your diet such as apples, pears, squash, artichokes, arugula, spinach, beets, cabbage, and leeks. Chinese medicine recommends eating lots of soups, stews, and porridges as well as stewed fruits during colder months. Use warming spices such as cinnamon, cardamom, and nutmeg on top of oatmeal or in baking recipes.  Drink ginger teas with fresh ginger, lemon, and honey to strengthen your immune system.

Nature is stunning at this time of year with its chilly air and rust colored landscape as your playground. Walking through the forest or sitting by a campfire are great ways to be present and admire nature’s beautiful transition.

Have a candle lit bath

A warm bath feels extra wonderful when it is cold outside. Make a date with yourself and create a luxurious bath. Fill the tub with hot water, Epsom salts, and essential oils. Light some candles, settle in, and relax with your favorite music or book.

Try these restorative yoga poses in the following sequence

1.  Lie on your back and hug your knees into your chest. Rock from side to side. Take five deep inhales and exhales. Drop your knees to the right for a few moments and then to the left for a gentle twist.

2.  For reclined pigeon pose, cross your ankle over your opposite knee. Hold for five deep inhales and exhales, and then switch legs. This is a gentle way to release tension in the hip area.

3.  Roll over onto your belly and come up onto your forearms for a mild back bend. Hold for a count of five deep inhales and exhales.

4.  Push back into a child’s pose by coming up to your hands and knees and then releasing your hips down toward your heels as you stretch your arms forward.  This is a simple way to release tension from your back and hips.

Practicing gratitude, removing clutter from your physical space, taking stock of your life through self reflection, connecting with nature, and incorporating self care rituals through diet and yoga are all simple and accessible ways to help us shed the past that no longer serves us, just as nature renews itself with each season.

How to Beat the Seasonal Sniffles

“There are moments when all anxiety and stated toil are becalmed in the infinite leisure and repose of nature.”

Mr.Thoreau was a master of words when describing the profound beauty of our natural world, but I do wonder if his perspective would differ had he suffered from allergies. Nature is our temple, our sacred place to find solace, but for more than half the population who suffer from allergies, being in nature can feel as though the immune system is at war. Finding solace in between all of the sneezing and tissues can present quite the challenge.

Seasonal allergies (also called hay fever) are common. They occur during certain times of the year–particularly the spring, summer, or fall and can be triggered by pollen, grasses, weeds, and molds. Hay fever can make the nose, throat, and eyes itchy and irritated. Sneezing is common and the nose may become runny and stuffed up, potentially leading to headaches and sinus infections. Symptoms can feel relentless and intrusive when trying to enjoy a splendid hike in Appalachia or tending to the garden. So why is our immune system reacting to nature with such pesky side effects?

The immune system is our body’s defense against elements from the outside that are potentially harmful. However, with allergies, the immune system mistakes harmless bits of proteins as harmful invaders and misidentifies the proteins found in the pollens of trees and grasses as noxious invaders. The hyperactive immune system then creates Immunoglobulin E (IgE), a type of antibody produced by the immune system, to help fight the perceived threat. On every subsequent exposure to the proteins, the antigen IgE stimulates the immune system to create histamine and other chemicals in response, leading to hay fever. Histamine is a compound which is released by cells in response to allergic and inflammatory reactions, causing contraction of smooth muscle and dilation of capillaries.

Pollen is not inherently bad for our health, but a weakened immune system is. Common treatments for seasonal allergies target inflammation in the sinuses and include steroid nasal sprays, antihistamines, decongestants and immunotherapy in the form of allergy shots. There are natural ways to combat allergies in addition to traditional methods which include the following suggestions.

Regularly flushing out the sinuses with a warm water and salt (saline) solution may help loosen and wash out mucus and hydrate the nasal lining. This technique is called sinus irrigation. Also, bathing the eyes with plain eyewashes (such as Artificial Tears) can help reduce irritation.

This ancient technique can help boost a weakened immune system or re-balance an over-active immune system by stimulating anti-inflammatory mechanisms in the body. Typically, patients fighting allergies have compromised immune function. In this case, acupuncture works with the body to bolster the production of white blood cells and strengthen the immune system’s resistance to infection by increasing its lymphocyte count and activity. Recent research has examined some of the mechanisms of acupuncture’s anti-inflammatory effects which include down-regulation of pro-inflammatory chemicals in the body that can enhance and prolong inflammatory response.

Nutrition plays an important role in maintaining a healthy immune system. It is wise to limit products that cause excess inflammation in the body. These high histamine instigators include alcohol, tobacco, sugar, wheat, dairy, caffeine, saturated fat, smoked meats, and highly processed foods. There are many foods with strong anti-inflammatory properties. These include:

•  Local, raw honey: This sweet nectar can help allergy symptoms by regularly exposing you to local pollen–not unlike the concept of how allergy shots work. Allergy injections help desensitize pollen-allergic people by exposing them to a specific pollen.

•  Turmeric: This root has very strong anti-inflammatory, antioxidant and anticancer properties. It comes in supplement form but it is also worth buying fresh turmeric root from the grocery store and using it in smoothies, soups, and other dishes.

•  Ginger: This plant is another natural antihistamine and decongestant. It may provide some relief from allergy symptoms by dilating constricted bronchial tubes.

•  Quercetin: This is a flavonol, a plant-derived nutrient, that can reduce allergic reactions through its antihistamine effect. It also decreases inflammation and is found in apples, cranberries, grapefruit, grapes, pears, spinach, kale, and cabbage.

•  Magnesium: This essential mineral may open constricted airways in asthma by relaxing the muscles around the bronchial tubes. Sources of magnesium include almonds, spinach, avocados, oysters, seeds, and buckwheat.

•  Beta-Carotene: This helps boost immunity and keeps the respiratory system working optimally. It also is a powerful antioxidant and is found in sweet potatoes, kale, spinach, carrots, winter squash, and collard greens.

•  Vitamin C: This vitamin has been shown to decrease production of histamine, thus reducing an immediate allergic episode. Green and red peppers, strawberries, kiwi, oranges, potatoes, and cabbage are all high in Vitamin-C.

It is important to drink at least eight glasses of water per day. Studies have shown that when you are dehydrated, your body produces higher histamine levels and that drives allergies.

Exercise is recommended for proper function of the immune system and it can temporarily relieve nasal congestion. The increase in circulation clears sinus pressure and allows for easier breathing. Sinus congestion is also loosened by increased temperature in the body’s core.

There are many natural remedies that can combat allergies by strengthening the immune system. To combat allergies more effectively, these practices should begin several months before allergy season. Treating the symptoms as they appear is a less effective than preparing the body ahead of time. Focusing on proper nutrition, supplementation, exercise, and methods that reduce inflammation in the body throughout the year will help prepare the body for allergy season so you can enjoy nature to its fullest, just as Henry David Thoreau did.